The Government has finally revealed that the lucrative feed-in tariff is to be slashed from 21p/kWh to just 16p, from August 1, which gives homeowners a limited time to buy solar panels and see a high return. 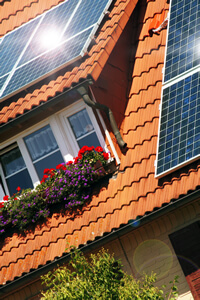 This means time is running out to install your solar system and register with the tariff, or face losing nearly 25% of your potential earnings.

In line with this, the Government has also revealed that energy bills will rise and the only way to escape the increase is to invest in renewables to generate free electricity for more than 25 years.

Centrica, the owners of British Gas, have also reported that energy bills are set for a 15% hike by winter, which means you’ll be paying out even more on your gas and electricity bills if you don’t invest in solar.

Remember, if you buy solar panels before August 1 you’ll:

Energy and Climate Change Secretary Ed Davey, says that it’s impossible to “turn back the tide” of rising energy prices and that consumers should expect rising bills.

Davey believes that as much as £110 billion of infrastructure will be needed over the next 10 years to supplement the cost of reducing carbon emissions and promoting renewables in line with EU targets. And this fund will be loaded onto the consumer’s energy bills.

With growing concern surrounding the Government’s proposals, one of the only ways to escape is to buy solar panels.

As a renewable source, solar panels produce free electricity for 25 years and more with an environmentally source.
With solar you’re guaranteed to slash your bills, earn an income and help the environment. Could there be better incentives?

The Energy Bill, which was announced in the Queen’s Speech, will attempt to reform the electricity market by reducing carbon emissions with nuclear power and renewables. But the brunt of the bill will fall on homeowners, who will have a charge attached to their energy bills.

Mr Davey said: “We have nuclear power stations coming offline, we have coal power stations coming offline, and actually we have electricity demand going up as we see the transport sector increasingly becoming electrified.
“What our reforms today do is they try to keep the lights on through energy security and getting investment in infrastructure and they get the carbon transition we need to hit our climate change targets and get to clean energy, and we need to do that at the most affordable way for the consumer.”

To avoid these charges and ensure you slash your energy bills, your best bet is to buy solar panels. Not only could you expect to see a massive difference in your annual expenditure, but you’ll be adding value to your home with the fantastic energy saving potential.

If you’re interested in solar panels, why not complete the form below and receive up to four free quotes from local, vetted companies.

Our highly trained team can provide you with information and advice on the benefits of installing solar panels on your property. To receive your call back* and FREE quotes simply complete the form below and submit your details.

* We aim to process all call backs within a two hour window. However, during peak times call backs can take up to 24 hours