Solar panels could become crucial to the UK’s energy future with rumours the UK could suffer from a blackout in three years.

The UK will face an energy crisis in 2015 or 2016, as spare generation capacity will plummet from 14% to just 4%. The information provided by energy regulator Ofgem predicts that over the next three or four years there will be an energy blackout. 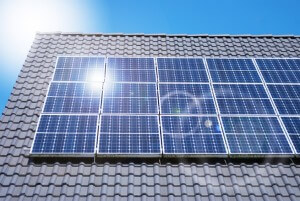 And energy law expert Simon Hobday warns: “The report is very clear on the dangers ahead for the UK’s electricity generation capacity, and reflects widely-held concerns within the energy industry. This is one of the reasons behind industry’s frustration with the draft Energy Bill, the lack of detail in which has done little to provide the certainty required for investors to build new capacity.”

This reduction in energy capacity will surely see prices rise even more over the next few years. Gas and electricity costs are already on the up this winter and homeowners are feeling the squeeze.

Solar panels offer a way out of paying extortionate energy bills and will help you counter the projected blackout in three years’ time. As solar panels generate their own electricity, you’ll be able to make a huge saving on your bills and the Government feed-in tariff will even pay you for what you produce.

Solar panels are fixed to your home’s roof at an angle where they’ll capture the most natural sunlight. When sunlight hits the PV system, an electrical field is created and the energy is converted into DC power. It can then be used for your home appliances such as lighting and televisions. With solar panels you can save up to £300 annually.

As an incentive for installing solar panels, the Government launched the feed-in tariff scheme. The scheme pays homeowners for every unit of renewable electricity produced, at a set rate of 16p/kWh for systems of 4kW and less. The scheme allows homeowners to earn as much as £600 a year though solar, ensuring a 10-15% annual return of investment.

Another of the major benefits associated with solar panels is the environmental advantages. As a renewable technology, solar panels generate zero carbon electricity. Over the system’s lifetime you’ll cut your home’s carbon footprint by more than 40 tonnes.

Solar panels are known as a fit a forget technology. This means that over their lifetime you’ll need minimal maintenance and they’ll operate silently. Typically you’ll have to ensure trees don’t cast the panels into shadow as this would compromise their effectiveness. Dirt and debris shouldn’t pose a problem as rainfall should naturally clean the system.

Solar panels are one of the UK’s fastest growing forms of energy, with thousands of homeowners seeing the potential they offer in reducing bills and guaranteeing a secure energy future.

If you’re interested in solar panels for your home, complete our quick solar panels quote form and hear from up to four vetted and reputable trade professionals in your area.