The Government Green Deal has come up again as an insulation company has criticised the plans which will help make homes more energy efficient. Superglass Holdings has warned the Government that their Green Deal proposals could affect the UK’s future trading. 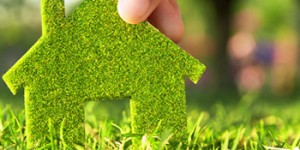 The Government Green Deal will offer grants to homeowners in an effort to help reduce bills and make properties more efficient. Instead of the homeowners paying the upfront costs for their energy efficient improvements, the loan will be repaid with energy bill savings.

The Government Green Deal is expected to launch in October, and Superglass say there’s uncertainty over how it will operate and whether it could affect future trade in the efficiency market.

Homeowners benefitting from the Government Green Deal will be able to:

And the Stirling based Superglass company say that their concerns have been raised after suffering financial difficulties and completing a refinancing package. 190 jobs were saved after the company raised £8m and agreed to slash debts.

Superglass’ financial problems have eased in recent times, but they say this is largely due to the Carbon Emissions Reduction Target scheme, which provides homeowners with grants to insulate their property. However, this scheme is expected to finish at the end of the year.

A Superglass spokesperson said: “Thereafter, as noted above, the impact of Green Deal and its effect on Superglass’ business remains very difficult to predict at this time.

“There is some encouragement to be drawn from recent government announcements but we believe more initiatives are needed to ensure a smooth transition from CERT to Green Deal and, in the absence of such further initiatives, future trading could be adversely impacted.”

And Superglass chairman John Colley, said: “It has completed its refinancing and is on the way to delivering the capital investment programme that was at the heart of the fundraising.

“It is seeing the benefit of increased volumes of CERT-related activity and has been able to sustain price increases in the market.